Long Way Home, The Wild and the latest Never which is also bound for success.

Definitely worth checking out this powerhouse of a singer for yourself.

Kerri Watt is a Scottish singer-songwriter and multi instrumentalist from Milngavie. At age 16, she moved to California after receiving a place at a performing arts high school. After a successful year studying in the States, she came back to the UK and moved to London to further her training in music and performing.[1]

She is best known for her single “Long Way Home”, which was playlisted on BBC Radio 2 on their A List,[2] she performed the song on national TV on ITV on The Weekend with Aled Jones on 27 June 2015. In 2015, Kerri also released a remix of her song “You” produced by Oliver Nelson. The remix gained over 1.5 million plays online and hit the Number 1 spot on Hype Machine. In March 2016, Kerri had more success with her follow-up single “The Wild” which was also added to the BBC Radio 2 B Playlist where it stayed for a month. While promoting the single, she toured the UK visiting over 20 radio stations and made a live appearance on STV’s Live At Five in Glasgow on 22 March 2016.

In 2015/2016 Kerri toured the UK and Europe supporting acts such as Mike And The Mechanics, Ward Thomas, Nina Nesbitt, The Overtones and Starsailor, and played festivals including Isle of Wight, Glastonbury, Secret Garden Party and Boardmasters.

On July 11 and 12 2017, Kerri joined Embrace (English band) on stage at the Millennium Stadium to open for Coldplay on their “A Head Full Of Dreams Tour.” 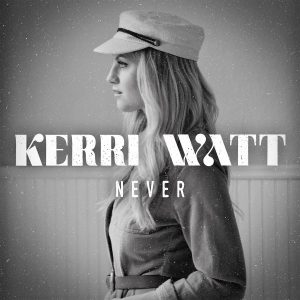