Lauren Housley is the fast-rising artist whose single ‘Ghost Town Blues’ is about to prove what admirers of her live shows have known for some time — that she’s one of the most notable new names in blues-tinged, Americana-flavoured soul music. And she’s British, too.

Describing herself as “a full-on Gemini”, Housley clearly has two sides to herself as a performer and songwriter. Her debut album proves her passion for singing and writing ballads and intimate songs, but she also has a fun, daring side. ‘Ghost Town Blues’ definitely represents the second of the two, with an underlying current of darkness to the verses and an anthemic beast of a chorus. Partly recorded in a barn at the back of a pub in Rotherham by producer, Mark Lewis, in order to capture the raw acoustics, ‘Ghost Town Blues’ sounds BIG to say the least.

The song conjures memories of her forerunners among strong, empowered female artists as Janis Joplin, Linda Ronstadt and Lauryn Hill, but with a distinct 21st century twist. ‘Ghost Town Blues’ confirms the arrival of a vocal and song writing presence with tinges of blues, Americana-style country, old-school soul, pop and rock in her locker, but a warm, intense and engaging style that’s all her own.

Lauren’s debut album, ‘Sweet Surrender’, follows the promise of her ‘Rather Be There’ single and the earlier ‘One Step Closer’ EP. 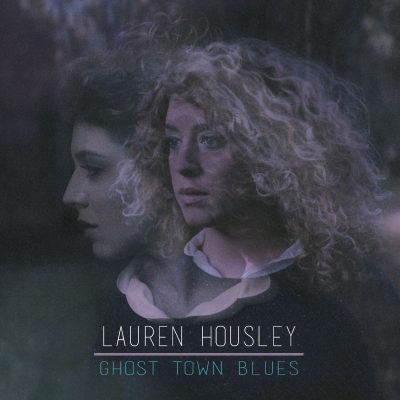