50 years after Ralph McTell first penned ‘Streets of London’, the legendary singer-songwriter re-recorded his timeless single with a choir made up of Crisis clients from across Britain, and guest vocalist Annie Lennox.

The song – which shared its birthday with Crisis’ 50th anniversary December 2017 – is being released this Christmas to raise money to support thousands of people facing homelessness this Christmas; many of whom would otherwise have nowhere to turn over the Winter months.

Fortunately the song hit number one at the Official Chart CD Single list both for Downloads and physical sales. Great news for the almost 10.000 homeless and rough sleepers in and around London. Everyone including myself who worked on this single did so for free and all proceed from the single go to Crisis and the work they do with thousands of homeless people each Christmas.

Coproduced with Frank Gallagher and Mixed by Neros.

You can take a listen to it here, but remember that it’s never too late to support the cause (links below). All proceeds still go to Crisis and the work they do to help homeless people. 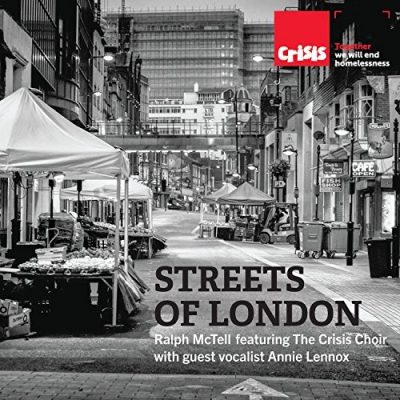